It is not a new need for women leaders in the church, nor is it a new idea or role. The local church has functioned on the work and efforts of its congregation for centuries; however, it is the explicit citing of the women that seems to gain individual attention in scripture and in practice (Deborah, Phoebe, Priscilla).

It is my understanding that, Biblically, women are subject to the authority of godly men leading. This offers protection, strength in leading, and a Biblical example of the headship of Christ to the church. However, this does not pardon a woman of the leading the Lord has called and imparted. Under the headship of men – who are seeking the wisdom and leading of the Lord through Scripture, prayer and wise counsel – women should be free, able, and more equipped to serve as they are created; as the feminine image of God (Gen 1:27). 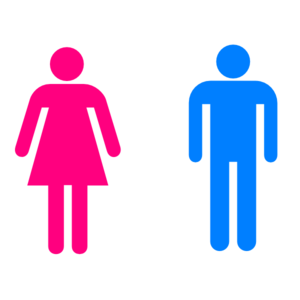 In this freedom, it is the natural flow of creation that women would not fill in gaps left by the men who are leading, but that they would offer a completion to the work in progress.

Women are explicatively instructed (by a man) to teach one another (as women) (Titus 2). This seems to impart an example of women leading women under the direction of men.

In years past, women have been given the responsibility of administrative work, childcare, musical talents, and service of food and fellowship. These are important and needed areas that women are capable of filling.

However, given that, along with men, women are the complimentary image of God, could it then stand to reason that women could not only have a heritage of leading (again, Deborah, Phoebe, Priscilla), but a position of leadership under the authority of men and within the ranks of the church office? (Rom 16, 1 Tim 3)

Women are capable and called to lead without discounting men. They can lead with men to offer as complete a leading as possible in a broken world and church. Because ministry is not a competition between sexes, status, races, or generations, but it is a cooperation with the Holy Spirit and with one another. (1 Cor 11:11-12)